The outcome of the clash of Old European with alien Indo- European religious forms is visible in the dethronement of Old European goddesses, the disappearance of temple, cult paraphan- alia, and sacred signs, and the drastic reduction of religious images in the visual arts. This impoverishment started in east- central Europe and gradually affected all of central Europe. The Aegean islands, Crete, and the central and western Mediter- ranean regions continued Old European traditions for several millennia more, but the core of the civilization was lost.

This transformation, however, wasn't a replacement of one cul- ture by another but a gradual hybridization of two different sym- bolic systems. Because the androcentric ideology of the Indo- Europeans was that of the new ruling class, it has come down to us as the "official" belief system of ancient Europe. But the Old European sacred images & symbols were never totally uprooted; these most persistent features in human history were too deeply implanted in the psyche. They could have disappeared only with the total extermination of the female population.

The goddess's religion went underground. Some of the old tradi- tions, particularly those connected with birth, death, and earth fertiltiy rituals, have continued to this day without much change in some regions; in others, they were assimilated into Indo-Euro- pean ideology.

In ancient Greece, this created some strange, even absurd, images in the Indo-European pantheon of gods. Most strikingly visible is the conversion of Athena, the Old European Bird Goddess, into a militarized figure carrying a shield and wearing a helmet. The belief in her birth from the head of Zeus, the ruling god of the Indo-Europeans in Greece, show how far the transformation went- from a parthenogenic goddess to her birth from a male god! And yet this isn't entirely suprising; Zeus was a bull (in Indo-Euro- pean symbolism the Thunder God is a bull), and Athena's birth from the head of a bull was nothing else but a memory of birth from a bucranium, which was a silmulacrum of the uterus in Old European symbolism.

The Death Wielder, the Goddess as a birth of Prey, was militar- ized. Portrayals of the Owl Goddess on stone stelae acquired a sword or dagger during the Bronze Age in Sardinia, Corsica, Liguria, Sourthern France, & Spain. The Greek Athena and Irish Morrigan and Badb are knwn to appear in battle scenes as vultures, crows, cranes, or ravens. The transformation of the Goddess into a mare also occurred during the Bronze Age. Parthenogenic goddesses creating from themselves without the help of male insemination gradually changed into brides, wives, and daughters and were eroticized, linked with the principle of sexual love, as a response to a patriarchal and patrilinear system. For example, Greek Hera became the wife of Zeus. Furthermore Zeus had to "seduce" (with a nod toward historical accuracy, we might prefer the term "rape") hundreds of other goddesses and nymphs to establish himself.Everywhere in Europe, the Earth Mother lost her ability to give birth to plant life without intercourse with the Thunder God or god of the Shining Sky in his spring aspect.

In contrast, the Birth and Life-Giver, the Fate or Three Fates, remained remarkably independent in the beliefs of many areas of Europe. Greek Artemis, Irish Brigit, and Baltic Laima, for inst- ance, didn't acquire any of the features of an Indo-European god, nor were they married to a god. The Baltic Laima appears in mythological songs together with Dievas, the Indo-European god of the light of the sky, to bless the fields and human life- not as his wife but as an equally powerful goddess.

A remnant in the historical era of the godesses' ruling power is indicated by the usage of the term *queen* for those who were not married to Indo-European deities but who continued to be powerful in their own right. Herodotus wrote of "Queen Artemis" and Hesychius called Aphrodite "the queen." Diana, the Roman counterpart of the virgin Artemis, was invoked as *regina*.

The worship of the Goddess in Rome and Greece continued strong into the early centuries of our era. This is the time of the expansion of Christianity and the Egyptian cults over the Roman world. The most inspired account in all ancient literature is contained in Lucius Apuleius 2nd century AD Golden Ass, the earliest Latin novel, where Lucius invokes Isis from the depths of his misery. She appears and utters:

I am she that is the natural mother of all things, mistress and governess of all the elements, the initial progeny of worlds, chief of the powers divine, queen of all that are* in Hell, the principal of them all that dwell in Heaven, manifested alone and under one form of all the gods and goddesses. At my will the planets of the sky, the wholesome winds of the seas, and the lamentable silences of hell, be disposed; my name, my divinity is adored throughout the world, in diverse manners, in variable customs, and by many names

The text is an illumination with very precious details on the worship of the Goddess nearly 2000 years ago. Lucius' invocation is a testimony to the fact that goddesses meant more than gods to people in the first centuries of our era. In the Graeco-Roman world individuals obviously were not satisfied with what the official Indo-European offered. Secret cults, mystery religions (Dionysiac Eleusinian), clearly continuous from Old Europoe- were practiced.They provided a way to feel religious experiences in old ways.

In later Christian times, the Birth Giver and Earth Mother fused with the Virgin Mary. Thus it is not surprising that Catholic countries the worship of the Virgin surpasses that of Jesus. She is still connnected with life-water and miraculously healing springs, with trees, blossoms, and flowers, with fruits and harvests. She is pure strong, and just. In folk sculptures of the Mother of Godwl screeching, wailing like a bird of prey, crawling like a poisonous snake- are staright from the Neolithic. The White Lady was not transformed into an Indo-Euro- pean black god of death. The use of bone and the colors white and yellow as symbols of death remained in in European beliefs sise by side with black as the color of death of the Indo-European and Christian religions.

The Killer-Regneratrix, the overseer of cyclic life energy, the personification of winter, and the Mother of the Dead, was turned into a witch of night and magic. In a period of the Great Inquisition, she was considered to be a disciple of Satan. The dethronement of this truly formidable goddess whose legacy was carried on by wise women, prophetesses, and healers who were the best and bravest minds of the time, is marked by blood and is the greatest shame of the Christian Church. The witch hunt of the 15th-18th centuries is a most satanic event in European history in the name of Christ. The murder of women accused as witches escalated to more than eight million. The burned or hanged victims were mostly simple country women who learned the lore and the secrets of the Goddess from their mothers or grand- mothers. In 1484, Pope Innocent VIII in a Papal Bull denounced witchcraft as an organized conspiracy of the Devil's army against the Holy Christian Empire. In 1486, a handbook of the witch hunters, called *Malleus Maleficarum*, "Hammer of Witches" appeared, and became an indespensible authority for terror and murder. The use of any means of physical and phsychological torture to force confessions out of the accused was allowed. The period can boast of greatest creativity in the discovery of tools and methods of torture. This was the begining of the dangerous convulsions of androcratic rule which 460 years later reached the peak in Stalin's East Europe with the torture and murder of fifty million women, children, and men.

In spite of the horrible war against women and their lore and the demonization of the Goddess, the memories of her live on in fairy tales, rituals, customs, and in language. Collections such as Grimm's German tales are rich in prehistoric motifs describing the functions of this Winter Goddess, Frau Holla (Holle, Hell, Holda, Perchta, etc.) She is the ugly Old Hag with a long nose, large teeth, and disheveled hair. Her strength lingers in her teeth and hair. She is a snow- and weather-making woman. At the smae time she regenerates nature. She is a woman who brings out the sun. Once a year she appears as a dove, a blessing ensuring fertility. As a frog, Holla brings the red apple, symbol of life, back to earth from the well into which it fell at harvest. Her realm is the inner depth of mountains and caves (Holla, the mane of the Goddess, and HÂ”hle, the name for "cave" are certainly related. (Hell in its present meaning is a doing of Christian missionaries). To Holla, as the Mother of the Dead, sacrifices were made in the form of baking a bread called *Hollenzopf*, "Holla's braid," at Christmas time. Holler, Holunder, "elder tree", was the sacred tree of the Goddess having healing powers. Under this tree lived the dead. The same goddess still plays a prominent role in beliefs of other Europeans as the Baltic Ragana, Russian Baby Yaga, Polish Jedza, Serbian Mora, Morave, Basque Mari, Irish Morrigan.

This powerful goddess was not wiped out from the mythical world. Today she is an inspiration for the revival of herbology and other healing crafts and more than any other images of goddesses strengthens the confidence in women. There is no quesiton that Old European sacred images and symbols remain a vital part of the cultural heritage of Europe. Most of us were surrounded in childhood by the fairy world, which contained many images transmitted from Old Europe. In some nooks of Europe, as in my own motherland, Lithuania, there still flow sacred and miraculous rivers and springs, there flourish holy forests and groves, reservoirs of blossuming life, there grow gnarled trees brimming with vitality and holding the power to heal; along waters there still stand menhirs, called "goddessses," full of mysterious power.

practices. Memories of a long-lasting gynocentric past could not

be erased, and it is not surprising that the feminine principle

plays a formidable role in the subconscious dream and fantasy world.

It remains (in Jungian terminology)"the repository of human experience"

and a "depth structure". To an archeologist it is an extensively

* From the book "The lenguage of the goddess" 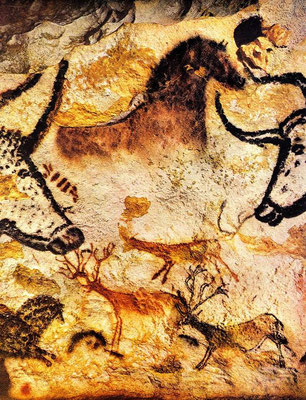 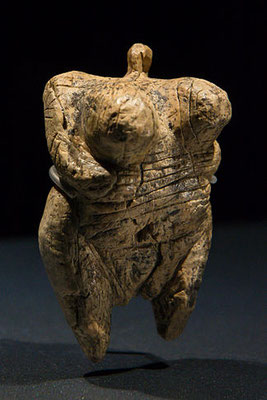 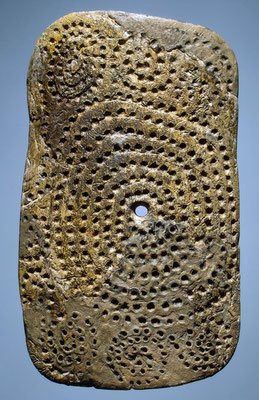 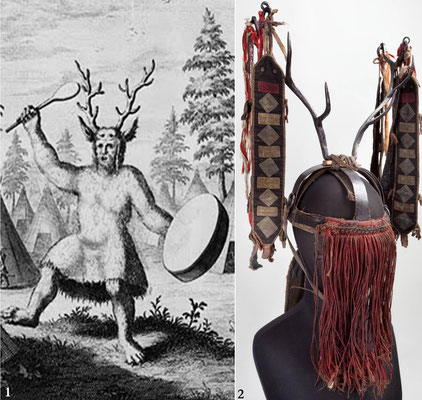 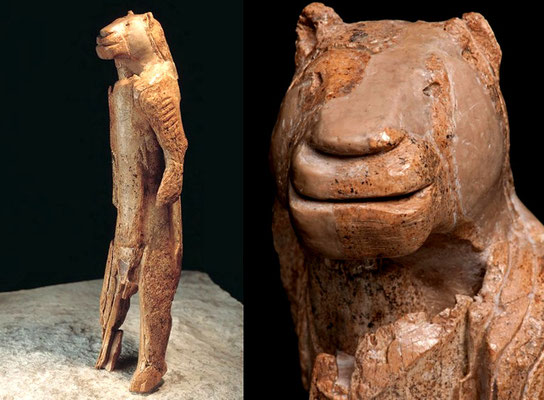 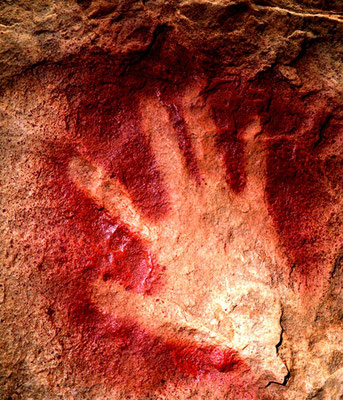 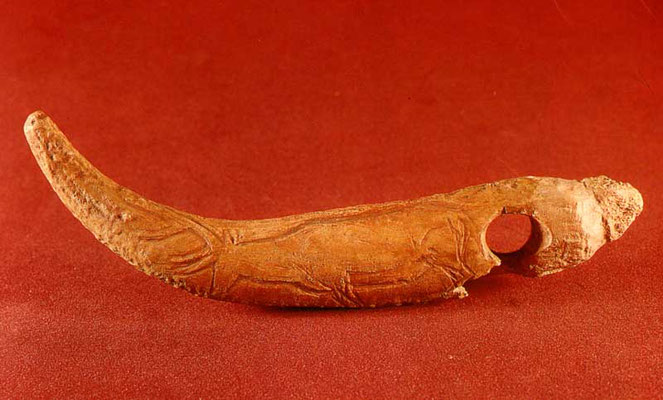 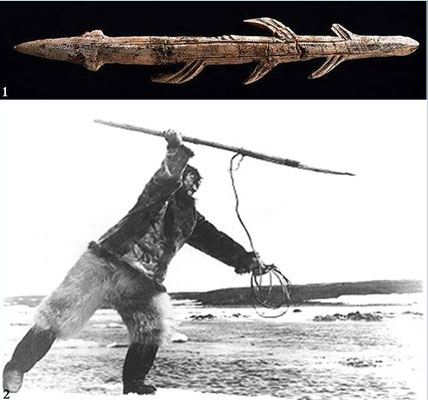 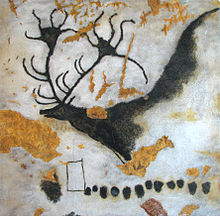 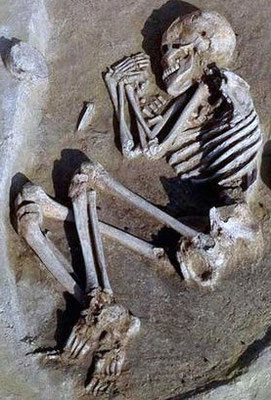 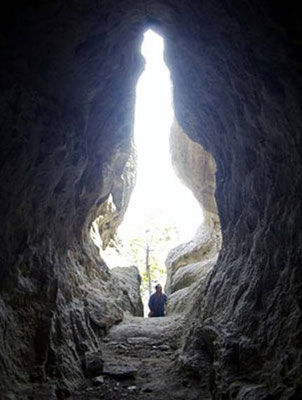 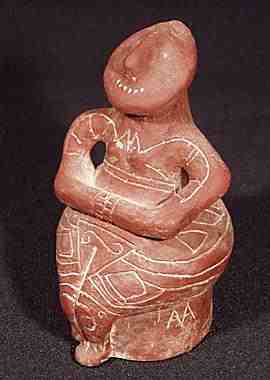 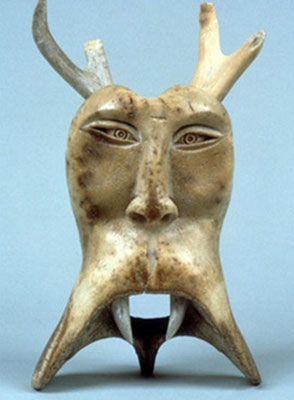 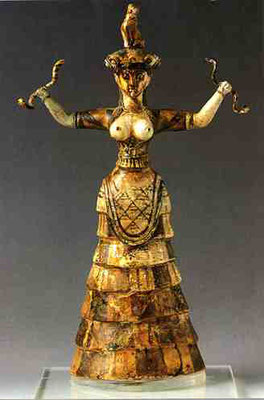 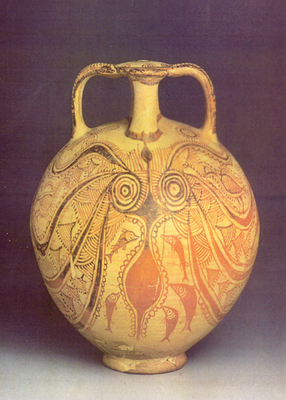 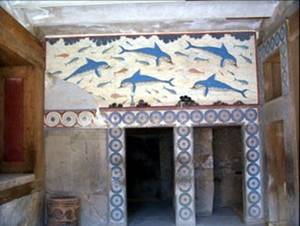 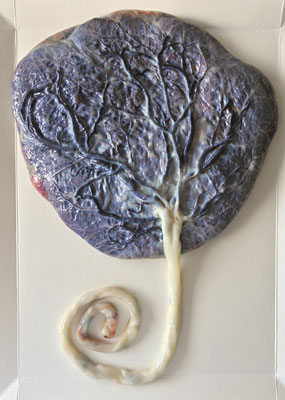 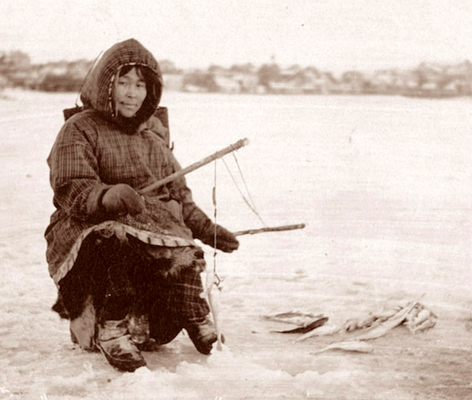 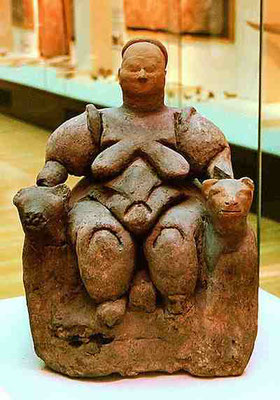 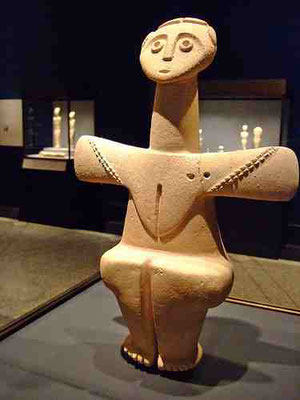